The trucking business is only profitable if the FMCSA regulations are followed strictly. The FMCSA has implemented various rules for controlling this venture. Before transporting freight to all states, companies need the DOT and motor carrier authority. To reach out to more clients within this country, it is mandatory to get these numbers. Hence, truckers must learn how to apply for MC number.

The most critical question you must answer is whether or not your company needs the motor carrier authority. Companies that need motor carrier numbers are involved in interstate travel. They have vehicles weighing more than 10,000 pounds. They transport 9 to 15 passengers for compensation and 16 or more passengers without compensation. They also transport hazardous materials.

Before applying for motor carrier numbers, ensure you have every essential information. Those anticipating to start a trucking company must first register their business. USDOT application can be made successfully by registered firms. You will be required to provide info regarding company operations, cargo classification, operation classification, the sum of vehicles and types, vehicle ownership, and driver status.

Applying for motor carrier numbers online is effective and quick. Online applications give truckers more flexibility and convenience. They can get USDOT irrespective of their locations. To start the application, visit the FMCSA website and fill the application form. Make sure every detail is filled incorrectly. The FMCSA never approves applications with false information.

The next step after submitting your application is filing for the BOC-3. The BOC-3 is a very vital document that will be needed by the FMCSA. Your authority will not be activated until the BOC-3 is filled and submitted to the FMCSA. The BOC-3 is only obtainable from a third party. If you have hired a person to activate your authority, he/she will be responsible for filing the BOC-3 on your behalf too.

Filing for unified carrier registration is another step of the application process. Applicants must ensure all their fleet is registered under this document. The FMCSA will charge trucking companies depending on the number of their trucks. Those with more trucks are likely to pay more. Apart from that, the UCR form is renewed yearly. This allows companies to add new trucks on the register yearly. 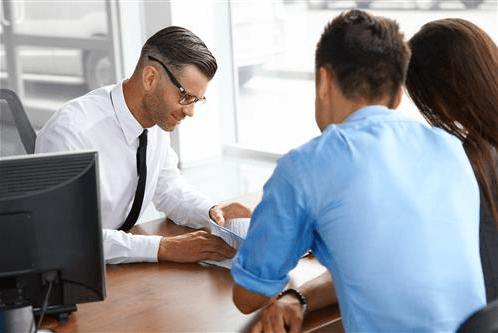 Trucking firms will be forced to wait after accomplishing the final step. The rest of the work will be done solely by the FMCSA. Normally, the FMCSA always takes at least 2 weeks to process the application. After two weeks, you will get a letter stating your motor carrier authority is active, and you are ready to transport freight under your MC and DOT authority. If the process was unsuccessful, you would be informed too.

Doing a business is far better than getting employed. Such statement may be strengthened by most of the people about their personal observation and ideals. Apply for DOT number in North Carolina is actually very common and in fact required for easy identification and safety of your vehicle used for business purposes.

For the sake those people who do not have an idea, the word business actually means as the act of buying and selling goods and services with the primary purpose of gaining profit. The term can also be interchange with the word trade since they are actually the same anyway. Such is really common nowadays considering that many people are also in need.

On the other hand, a company vehicle is, as the name would suggest, a kind of vehicle either four wheels or two, which is primarily used to operate a business. Normally, a business needs to have at least one automobile for the transportation of its employees. Not to mention if such company is engaged into selling goods, it literally needs some private truck to be used in delivery of goods.

The government, with the help of its designated agency enacted rules to regulate the acquiring of such kind of vehicle. A unique identification number, referred to as DOT number, is being required to all kinds of automobile used for business purposes. It essentially allows for easier and faster determination and access to the sensitive information of the company during checkups, such as inspection, compliance and etcetera.

Basically, companies or corporations are the ones required to apply with this requirement. By legal fiction, such entities are considered the legal owner of said property so it is only normal to follow the said requirement under its name. But of course, since a corporation is juridical person, its president, members or authorized persons may be allowed to represent the same.

We may not appreciate the reason but it is actually very important to comply with it not only that there is a corresponding penalty but because safety is being ensured by this rule. Indeed, there is nothing wrong in following the law. As a matter of fact, abiding the rules and regulation of a certain country is the primary obligation of a citizen.

However, we have to admit that these scheme causes hassle and of course delay to the operation. In any case, we do not have to worry about it because authorizing another person is indeed acceptable. In fact, such is being provided by the law on agency where one person may do an act in representation of others.

Another thing that we should take into account is the inconvenience that it normally causes. However, such word greatly depends on the preference of an individual. On the part of said government agency that is just doing its job to ensure the safety of a company is particular and the people in general, convenience may be implied from such act. Despite the fact that to comply with the said takes too much time, still it shall not be the basis on determining its convenience.

Furthermore, we shall not forget that laws are generally created for the sake of all. They were enacted not only to provide punishment but in fact to provide peace and overall stability. Imposing for some punishments is only a byproduct of its original purpose. Indeed, we are able to live a better life now because of these statutes.